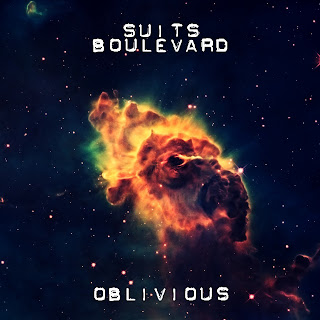 The new album from suitsBLVD has been released. Fans of the band will be delighted to hear that the new alum is available as a free download. The band has been dedicated to the music for some time and spent quite a bit of time on the road performing the new songs. In fact, the band performed 60 concerts in 2015, which is immensely impressive.

With all the members of the band coming from different backgrounds, it is no wonder that the album has such an eclectic sound and why they have been able to reach over 10,000 new fans through social media. Plus the debut single "Ocean of Lights" has a multitude of influences that exude the talents of these musicians.

The album has many influences so it will resonate with many different listeners. It's a good album to hear and find where it strikes up emotion in you. Music is the elixir of the soul and brings energy back into our existence. Suits Boulevard has tapped in to the cosmos and brought us another album of audio bliss. Take time to re-fuel yourself.